The Bala Shark must be one of the most popular aquarium fish in the world.

Indeed, looking somewhat like the ocean shark but in miniature, the Silver Shark (as it is also known) is both fascinating and intriguing for adults and children alike. 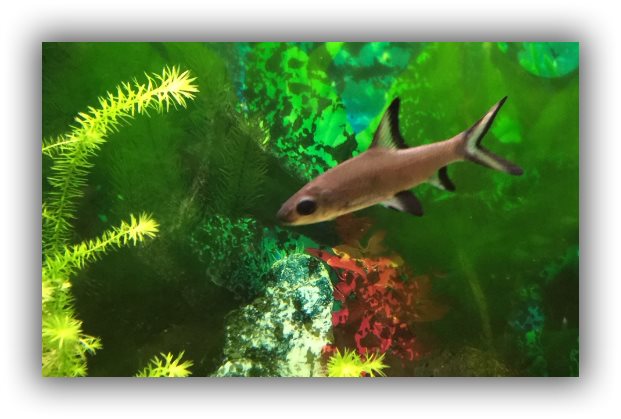 They move as they look too...swift and with graceful ease. It's great to just lie and watch the Silver Shark move up and down in the tank.

There is definitely something mesmerising and majestic in its movements.

Like the Clown Loach the Bala Shark is found in the freshwater streams of Indonesia and Southeast Asia and yes you're right...it's not really a shark at all.

It's scientific (Latin) name is Balantiocheilus melanopterus which is quite a mouthful. I think I'll just stick to Bala or Silver Shark! :))

The Bala is quite easy to keep in a community aquarium although they can be slightly "nervous" and a little "territorial" especially at feeding times and when it has grown quite big in relation the other aquarium fish.

Indeed, the Silver shark can grow rather large in relation to your other fish and you need to make sure your aquarium will accommodate this growth and their need for swimming space.

A normal healthy Bala can grow up to a length of around 13 inches which equates to about 35 centimeters.

Just think of the length of your child's school ruler they use for class.

A classroom ruler is usually about 12 inches or 30 centimeters long so you really get an appreciation of the length of these beautiful creatures.

And try not to "spook" them because they move so fast they can damage themselves hitting the aquarium glass at high speed due to their slightly nervous disposition.

That being said, they are generally a good addition to a community tank and can co-exist with many other types of freshwater tropical fish.

Let's look into a little more of the specifics of keeping a Silver shark successfully...

* The Bala is an omnivore (eats both meat & vegetable matter) and as such will eat both flake and live foods. It's probably a good idea for its general health to mix the food source anyway...

* They are notoriously hard to breed in captivity...

* The Silver Shark is generally very hardy and not as susceptible as other fish in picking up diseases like white spot...

* The Bala is quite popular amongst tropical fish enthusiasts and is normally readily available from hobby shops and pet fish stores...

* Make sure you have a large, well covered aquarium as the Bala can and will jump large distances, especially when "spooked". This means it can easily jump right out of the tank if it is not covered properly.

Here's a little video on YouTube.com of my Bala Shark swimming in his tank...

I hope this page gives you a little more understanding of this magnificent, highly appealing aquarium fish.

And to get a little more information on the beautiful Bala Shark click here...